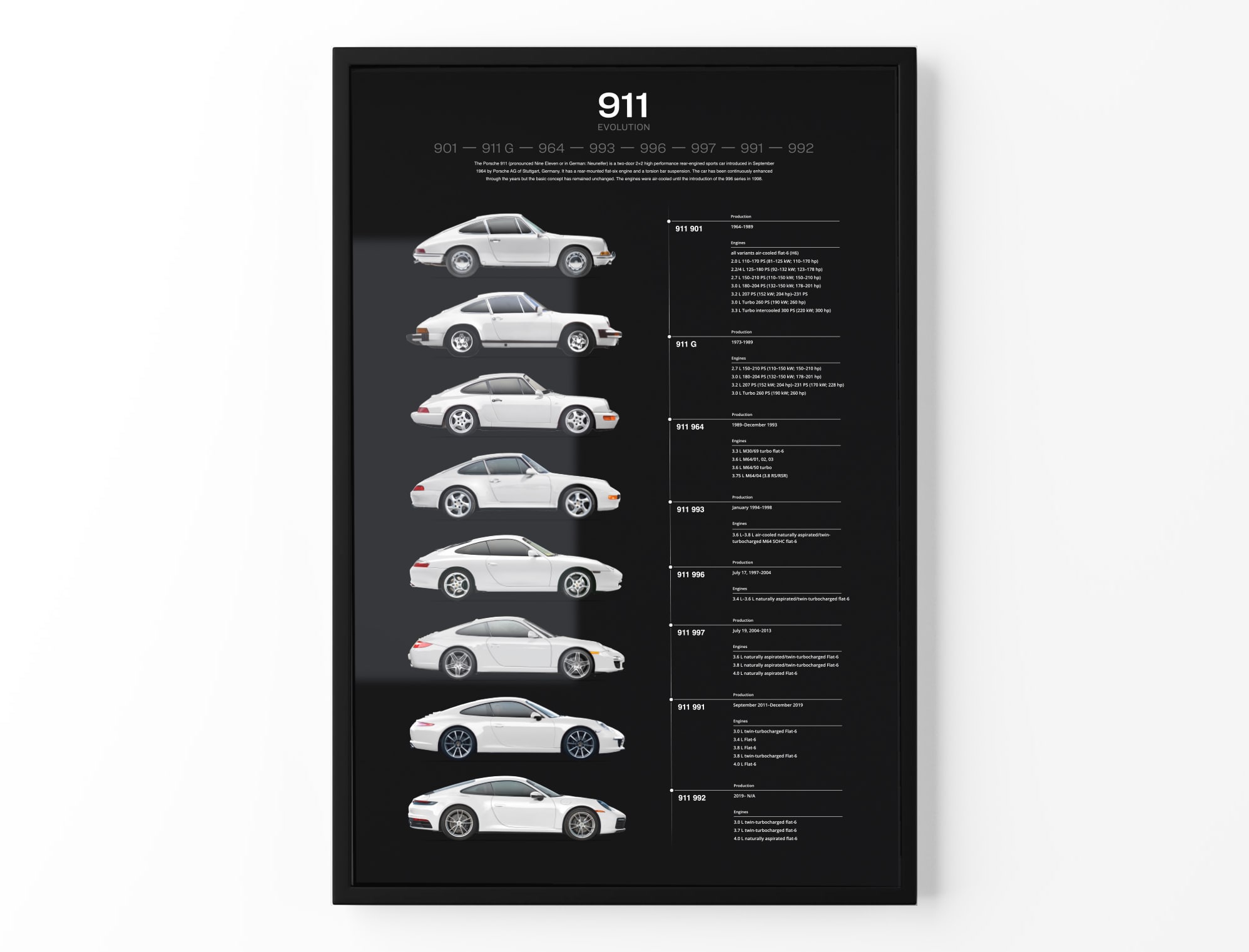 Decorate your walls with this 911 evolution poster that features all the main models throughout history.

The 911 has been raced extensively by private and factory teams, in a variety of classes. It is among the most successful competition cars. In a 1999 poll to determine the Car of the Century, the 911 was fifth. It is one of two in the top five that had remained continuously in production.