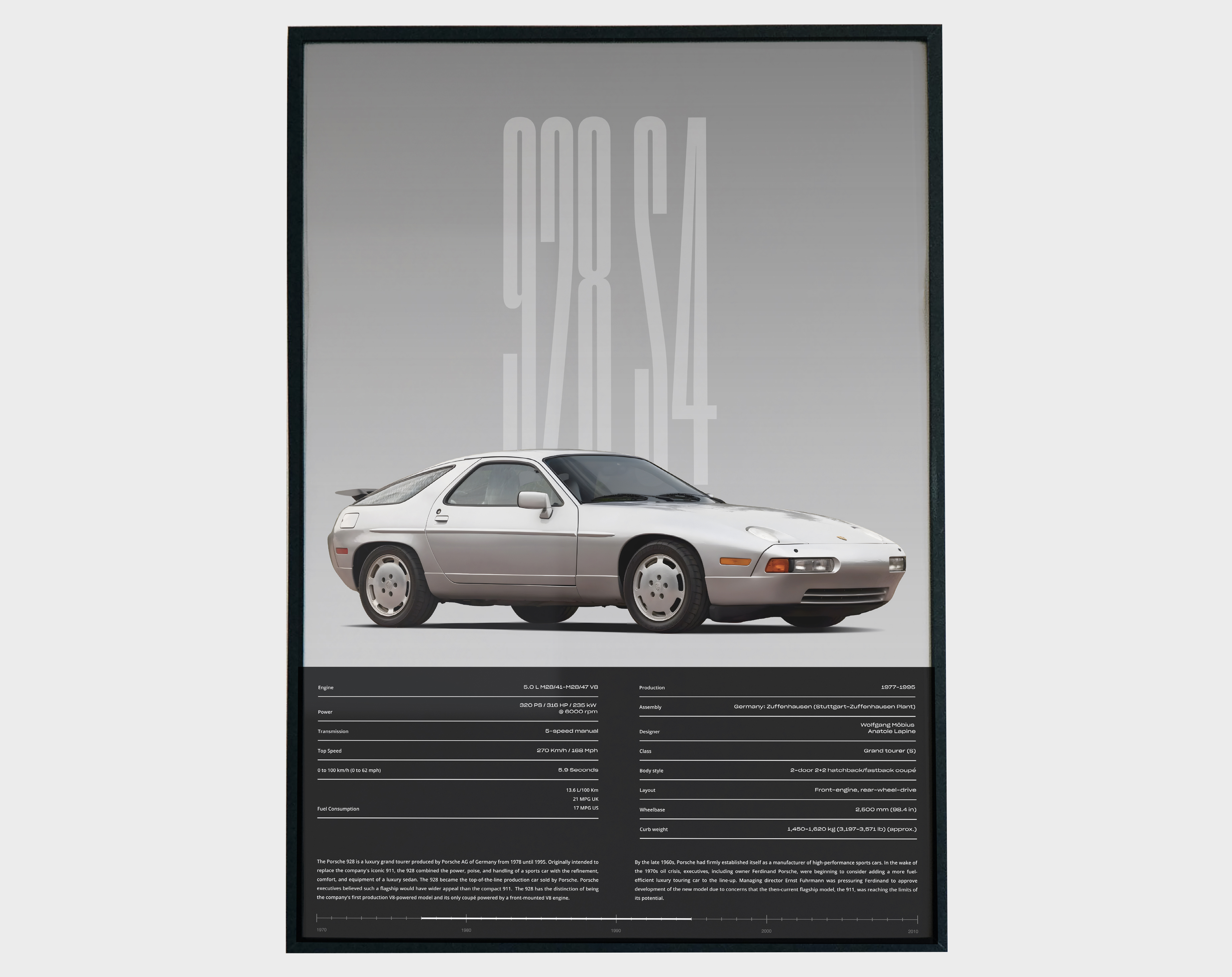 The 928 has the distinction of being the company's first production V8-powered model and its only coupé powered by a front-mounted V8 engine. Commemorate this feat with a sleek poster of a 928 S4

By the late 1960s, Porsche had firmly established itself as a manufacturer of high-performance sports cars. In the wake of the 1970s oil crisis, executives, including owner Ferdinand Porsche, were beginning to consider adding a more fuel-efficient luxury touring car to the line-up. Managing director Ernst Fuhrmann was pressuring Ferdinand to approve development of the new model due to concerns that the then-current flagship model, the 911, was reaching the limits of its potential. Fuhrmann believed that the future of the company relied upon grand touring cars with conventional engines rather than unconventional sports cars. Slumping sales of the 911 in the mid-1970s seemed to confirm that the model was approaching the end of its economic life cycle. Fuhrmann envisioned the new range-topping grand tourer model as being the best possible combination of a sports coupé and a luxury sedan. This would set it apart from the 911, with its relatively spartan interior and true sports car performance. The targets were that the car had to compete on par with offerings from Mercedes-Benz and BMW while also being successful in the United States, Porsche's main market at the time.