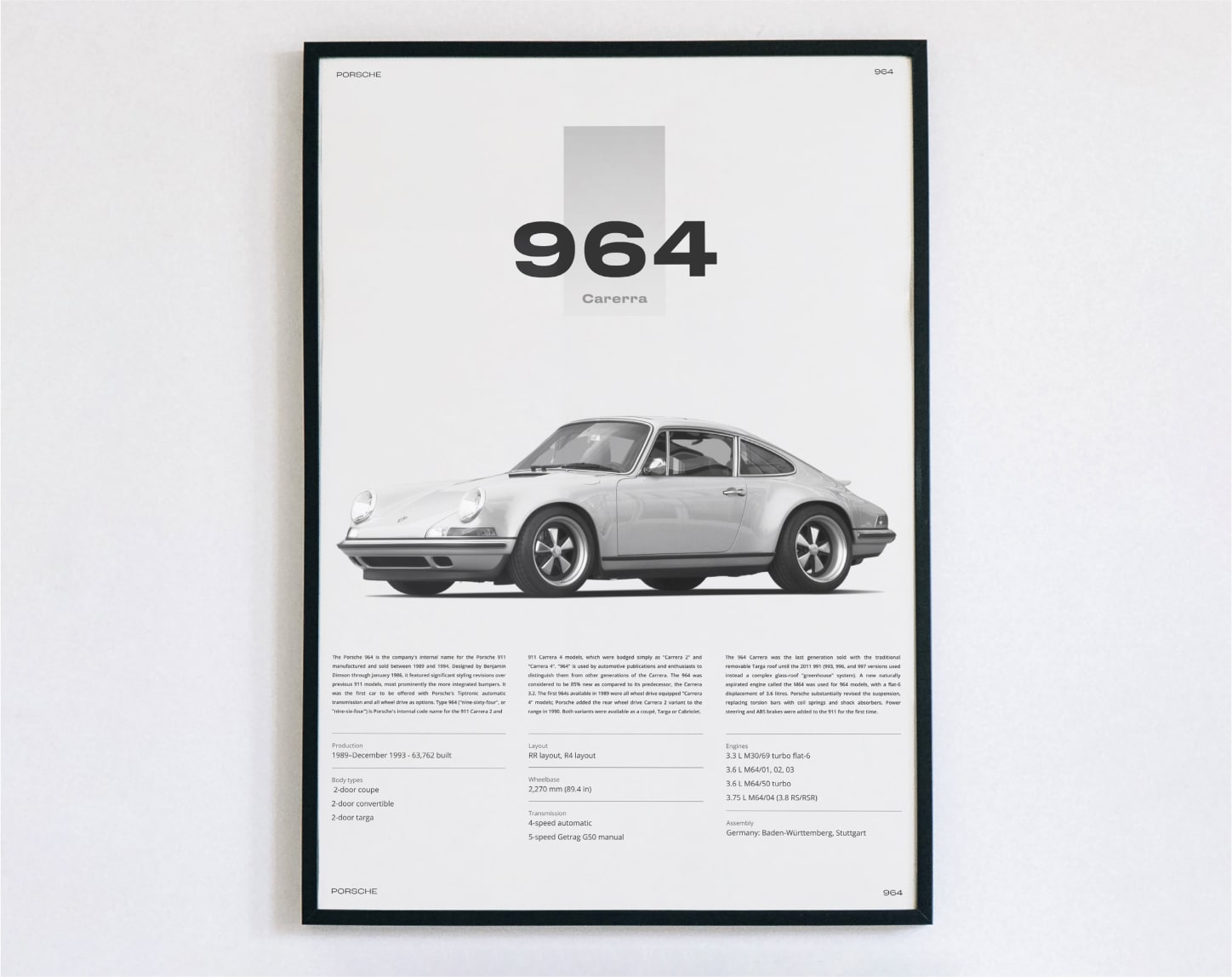 Type 964 ("nine-sixty-four", or "nine-six-four") is Porsche's internal code name for the 911 Carrera 2 and 911 Carrera 4 models, which were badged simply as "Carrera 2" and "Carrera 4". "964" is used by automotive publications and enthusiasts to distinguish them from other generations of the Carrera.