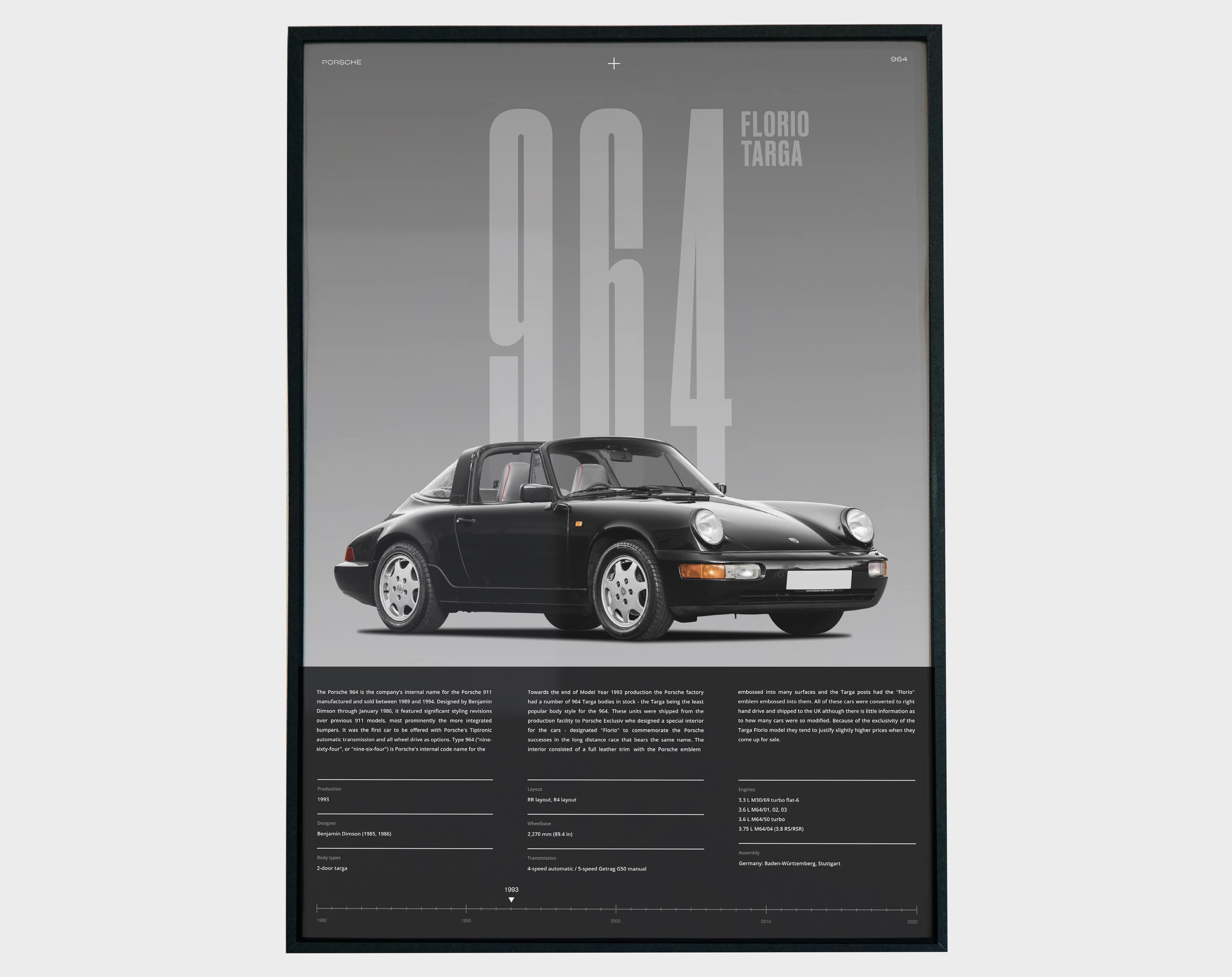 The Porsche 964 is the company's internal name for the Porsche 911 manufactured and sold between 1989 and 1994. Designed by Benjamin Dimson through January 1986.

Towards the end of Model Year 1993 production the Porsche factory had a number of 964 Targa bodies in stock - the Targa being the least popular body style for the 964. These units were shipped from the production facility to Porsche Exclusiv who designed a special interior for the cars - designated "Florio" to commemorate the Porsche successes in the long distance race that bears the same name. The interior consisted of a full leather trim with the Porsche emblem embossed into many surfaces and the Targa posts had the "Florio" emblem embossed into them. All of these cars were converted to right hand drive and shipped to the UK although there is little information as to how many cars were so modified. Because of the exclusivity of the Targa Florio model they tend to justify slightly higher prices when they come up for sale.