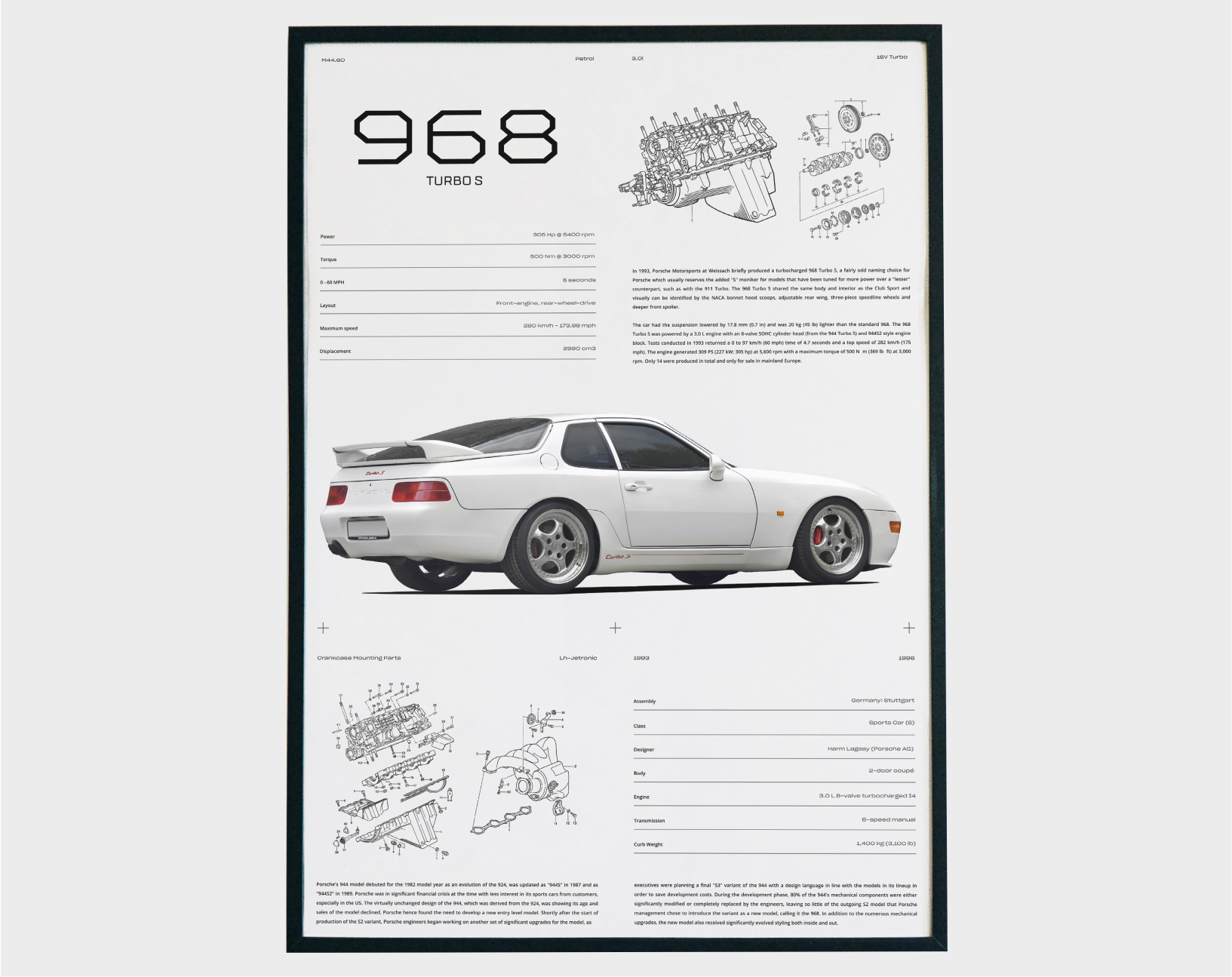 Despite all its sporting talents, the four-cylinder front-engine model series was always overshadowed by the 911. A little-known ‘Secret Classic’ Porsche called 968 Turbo S was the answer for leaving that shadow.

Despite all its sporting talents, the four-cylinder model series was always overshadowed by the 911. Among die-hard Porsche fans, the small model was derided as a housewife sports car. In addition, the brand wasn’t doing well financially in the 1990s. This led to contract work for external companies such as the Mercedes-Benz 500 E (W124) or the Audi RS 2 Avant. Nevertheless, there was time to develop the 968 further. When the ADAC in Germany announced its intention to run a GT Cup for production-based sports cars in 1993, the four-cylinder model was seen as a good basis. However, the power of the naturally aspirated three-liter engine wasn’t sufficient. Based on the experience gained with the 911 Turbo, a turbocharged engine was therefore developed that produced 350 hp in the racing version. Unlike the normal 968 and 968 CS, Porsche used a two-valve cylinder head here. The racing car was called the 968 Turbo RS and was built only three times. Two of them eventually ran in the BPR racing series in 1994. In order to be able to homologate the racing car for the ADAC GT Cup, Porsche also offered a road-going version of the Turbo RS, the 968 Turbo S.