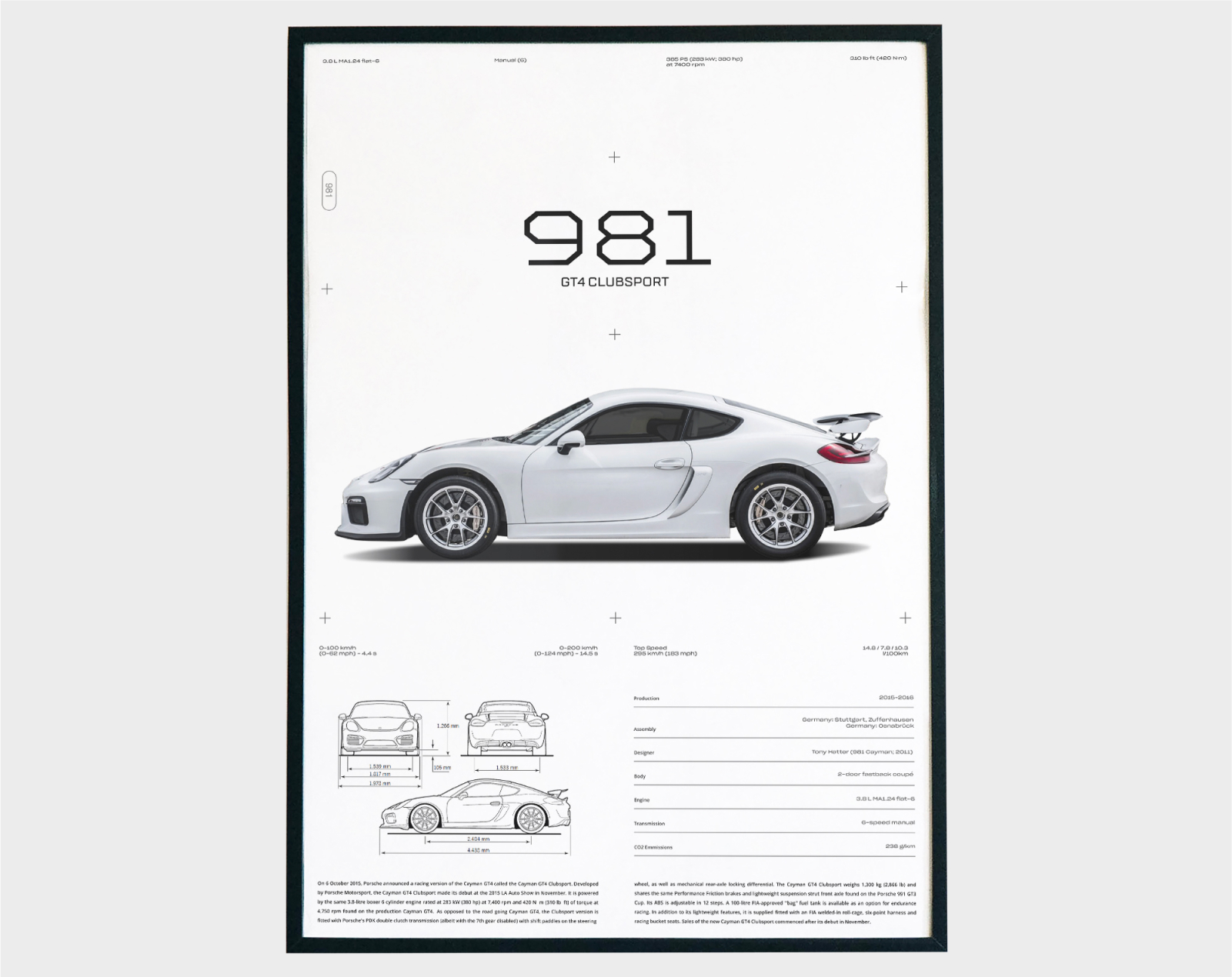 Decorate your walls with this 981 poster that features the legendary GT4 Clubsport.

On 6 October 2015, Porsche announced a racing version of the Cayman GT4 called the Cayman GT4 Clubsport. Developed by Porsche Motorsport, the Cayman GT4 Clubsport made its debut at the 2015 LA Auto Show in November. It is powered by the same 3.8-litre boxer 6 cylinder engine rated at 283 kW (380 hp) at 7,400 rpm and 420 N⋅m (310 lb⋅ft) of torque at 4,750 rpm found on the production Cayman GT4. As opposed to the road going Cayman GT4, the Clubsport version is fitted with Porsche's PDK double clutch transmission (albeit with the 7th gear disabled) with shift paddles on the steering wheel.