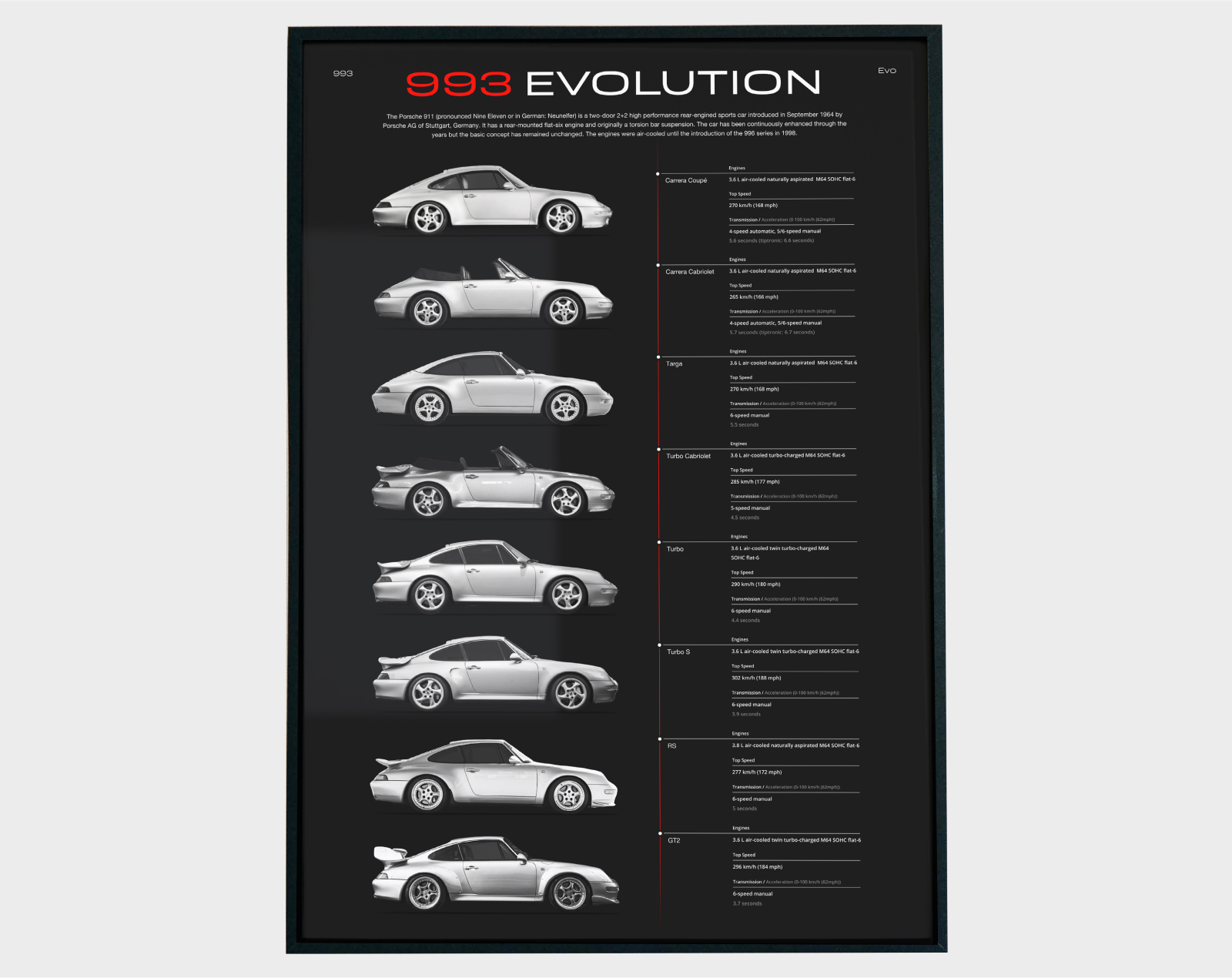 Decorate your walls with this Porsche 993 evolution poster that features all the main models throughout its history.

Porsche 997 is the internal designation for the Porsche 911 sports car manufactured and sold by the German automobile manufacturer Porsche between 2004 (as Model Year 2005) and 2013. Production of the Carrera and Carrera S coupés began in early 2004, all-wheel drive Carrera 4 and Carrera 4S began to be delivered to customers in November 2005, the Turbo and GT3 derivatives went on sale in late 2006 and the GT2 in 2007.