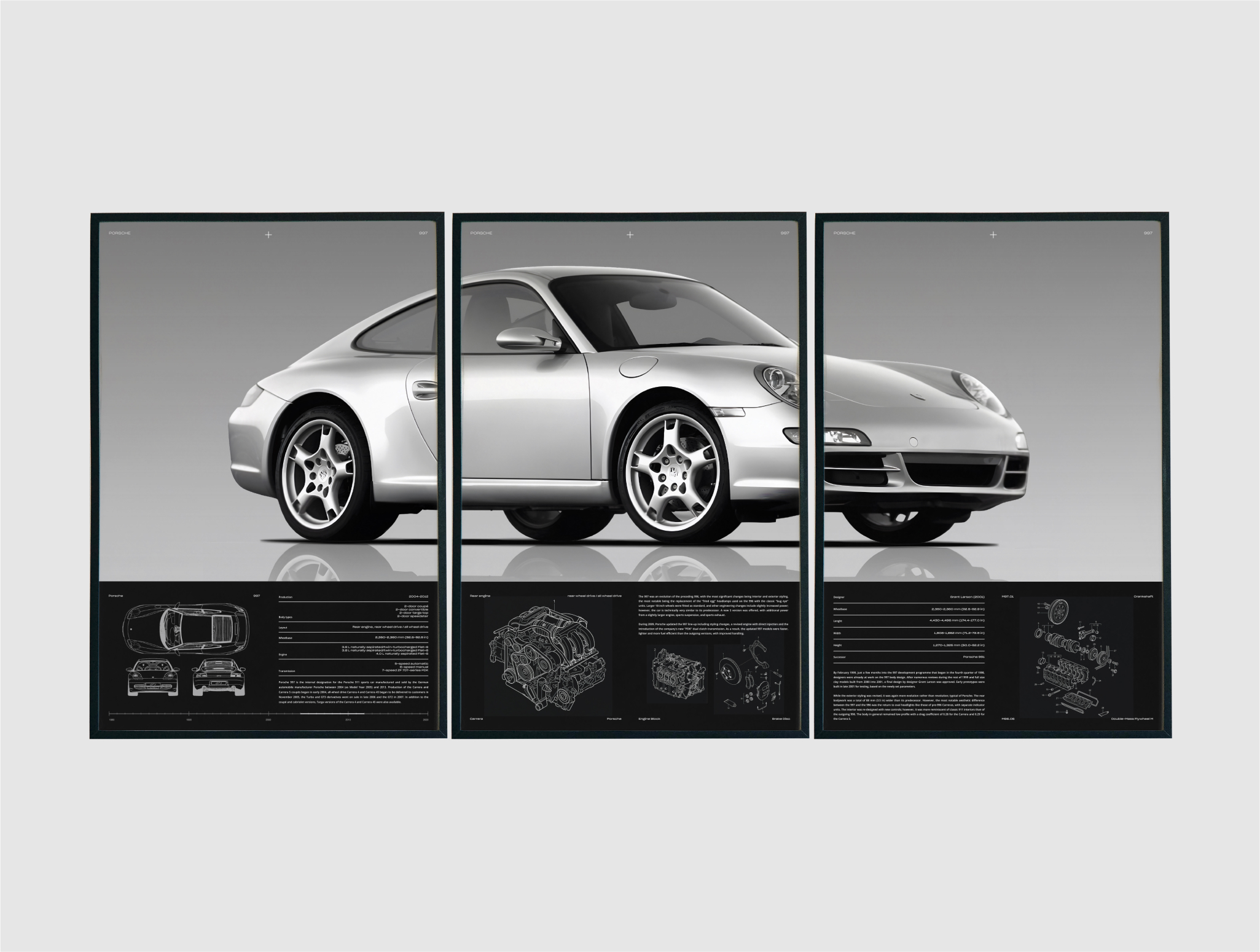 The perfect balance between a fantastic sports car and comfortable daily driving. Decorate your walls with this incredibly detailed Porsche 997 set of 3 art that reveres all the main models throughout its history. Be amazed at the genius of engineering every time you look at your poster.

Thank you! Please pick a size and proceed to checkout!
Oops! Something went wrong while submitting the form.
$ 99.00 USD
This product is out of stock.
Product is not available in this quantity.

The 997 was an evolution of the preceding 996, with the most significant changes being interior and exterior styling, the most notable being the replacement of the "fried egg" headlamps used on the 996 with the classic "bug eye" units. Larger 18-inch wheels were fitted as standard, and other engineering changes include slightly increased power; however, the car is technically very similar to its predecessor. A new S version was offered, with additional power from a slightly larger engine, sports suspension, and sports exhaust.