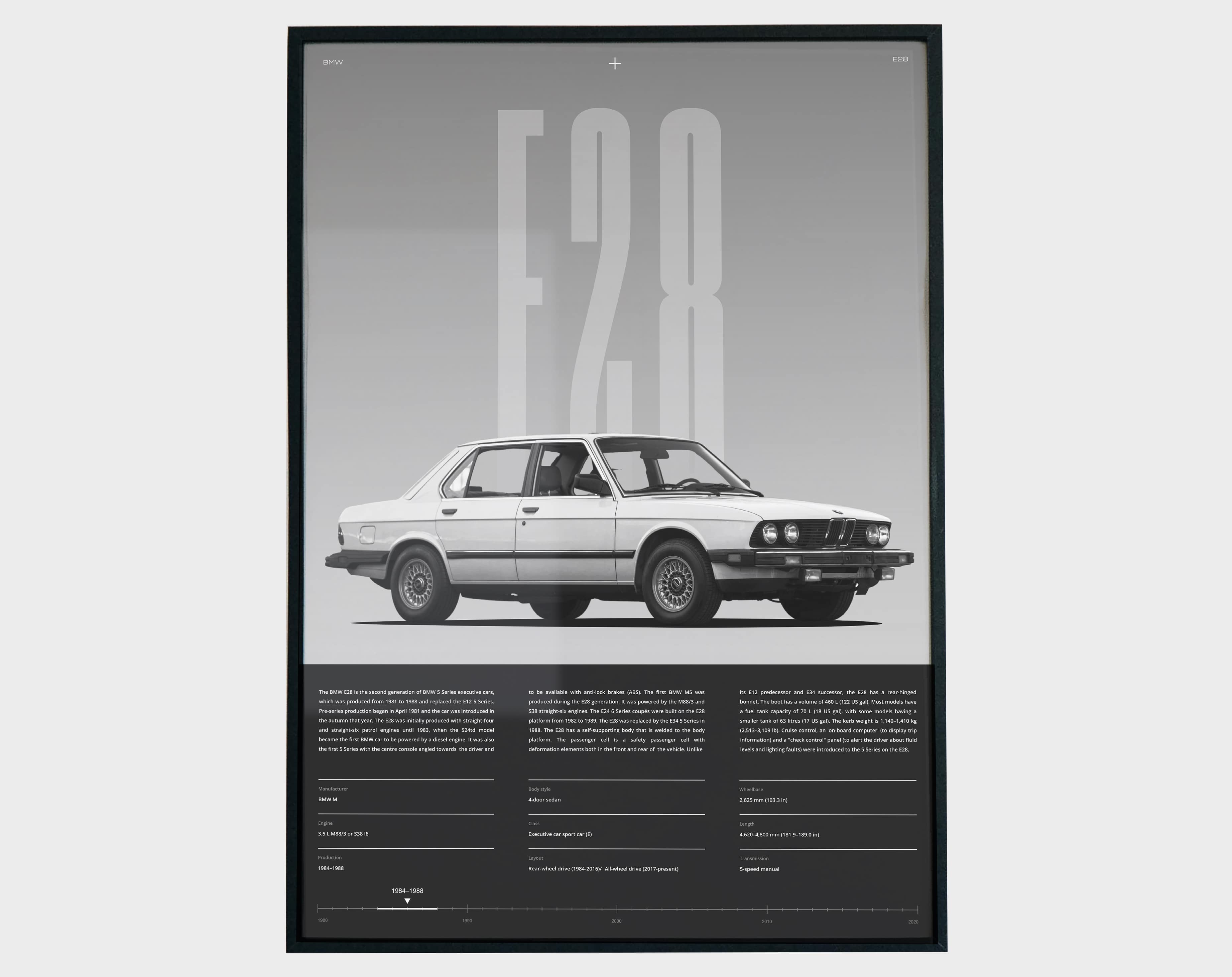 The E28 was initially produced with straight-four and straight-six petrol engines until 1983, when the 524td model became the first BMW car to be powered by a diesel engine. It was also the first 5 Series with the centre console angled towards the driver and to be available with anti-lock brakes (ABS).