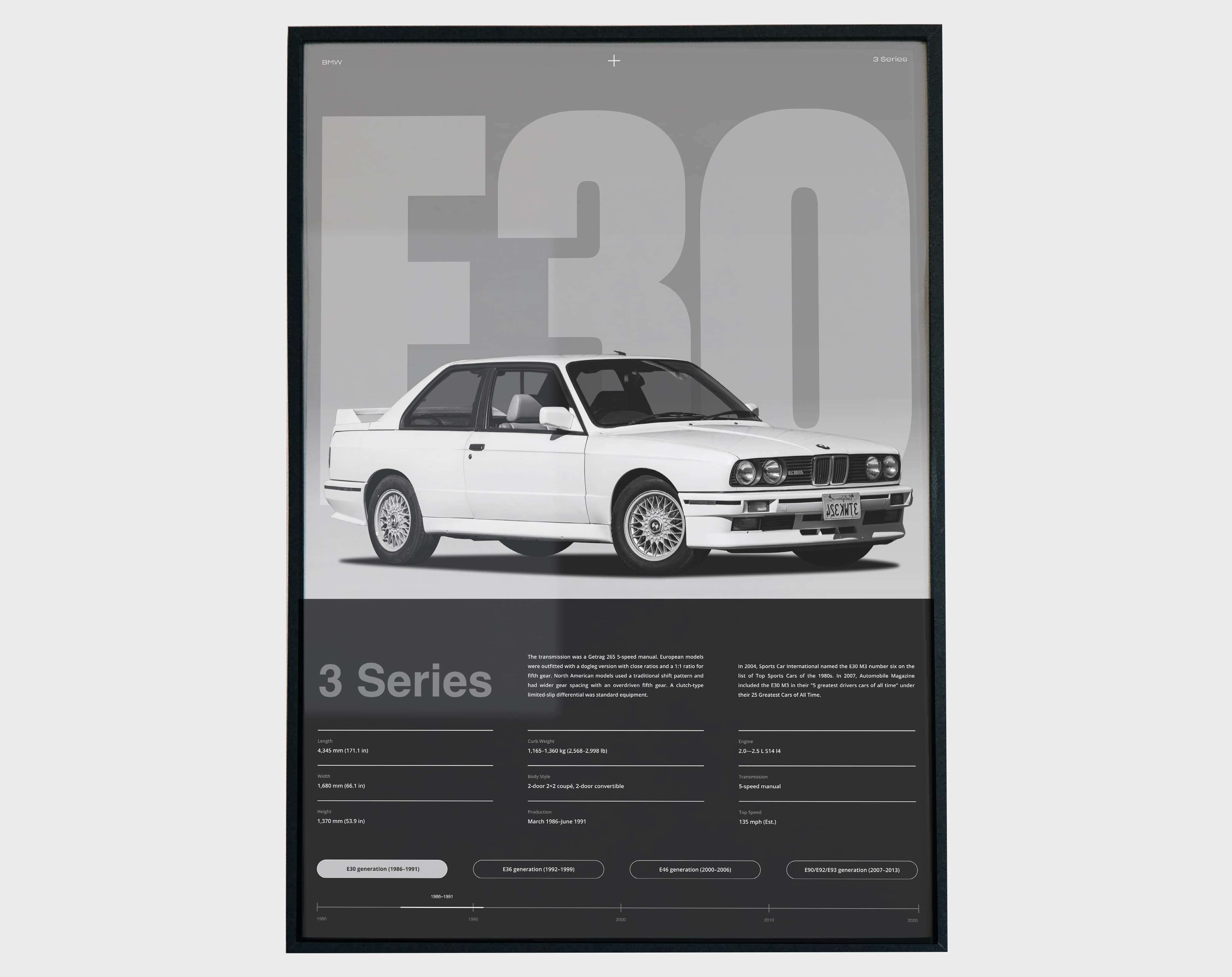 The first BMW M3 was based on the E30 3 Series and was intended to be a homologation special to satisfy the Deutsche Tourenwagen Meisterschaft and Group A Touring rules...

The first BMW M3 was based on the E30 3 Series and was intended to be a homologation special to satisfy the Deutsche Tourenwagen Meisterschaft and Group A Touring rules, which required a total of 5,000 cars to be built. It was presented to the public at the 1985 Frankfurt Motor Show, and began production from March 1986 to June 1991. The E30 M3 was mainly produced in the coupé body style, but limited volumes of convertibles were also produced.