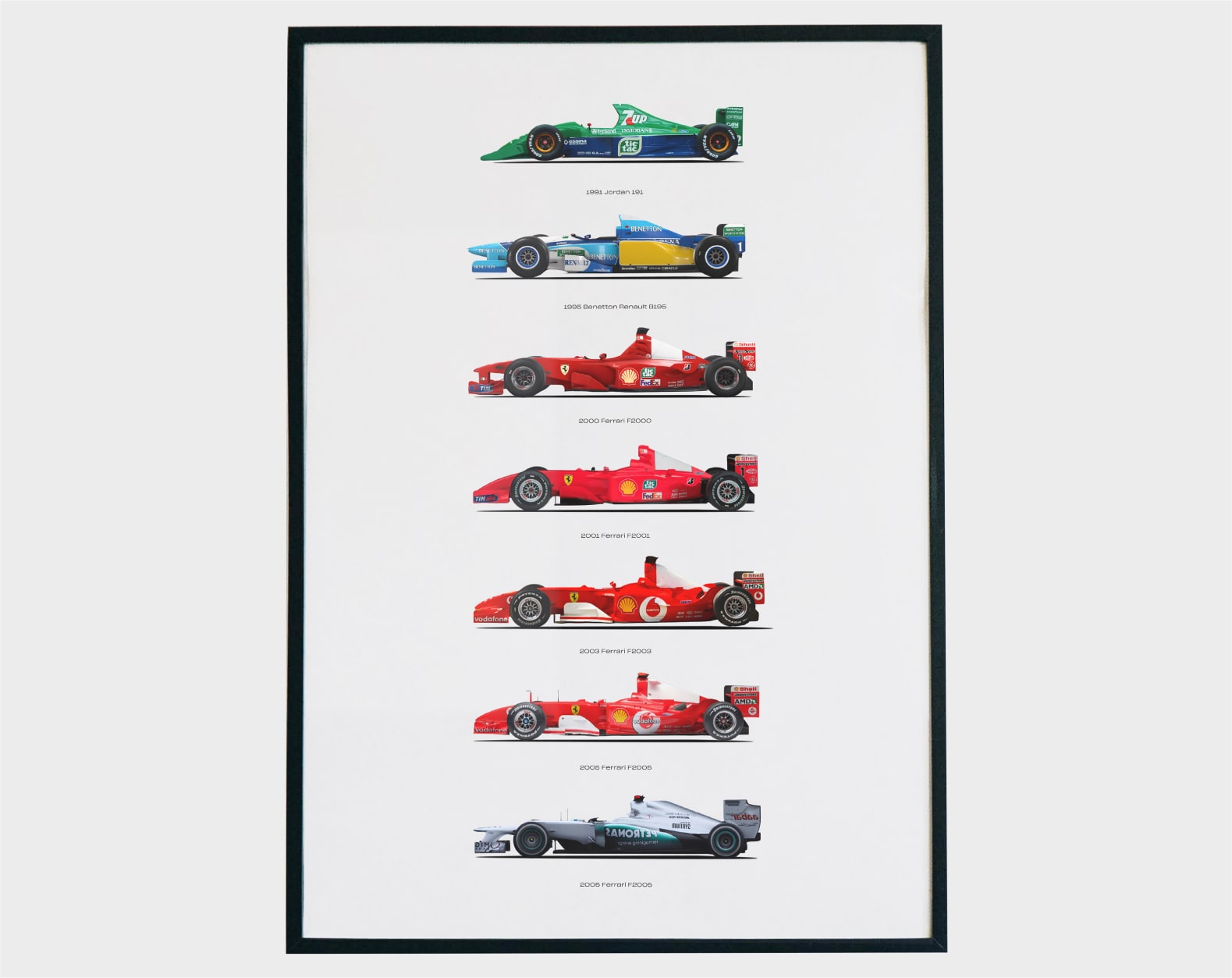 Schumacher was one of the most dominant racers of F1 cars. In this F1 car poster we feature the most popular cars Schumacher has driven.

Michael Schumacher is a former Formula One driver who has raced for Jordan, Benetton, Ferrari, and Mercedes. Schumacher has a joint-record seven World Drivers' Championship titles (tied with Lewis Hamilton), and when he retired in 2012, he held the records for the most wins (91), pole positions (68), and podium finishes (155)—all of which have since been broken by Hamilton—as well as the record for the fastest laps (77). In this F1 poster, we feature all his most legendary Formula 1 cars.