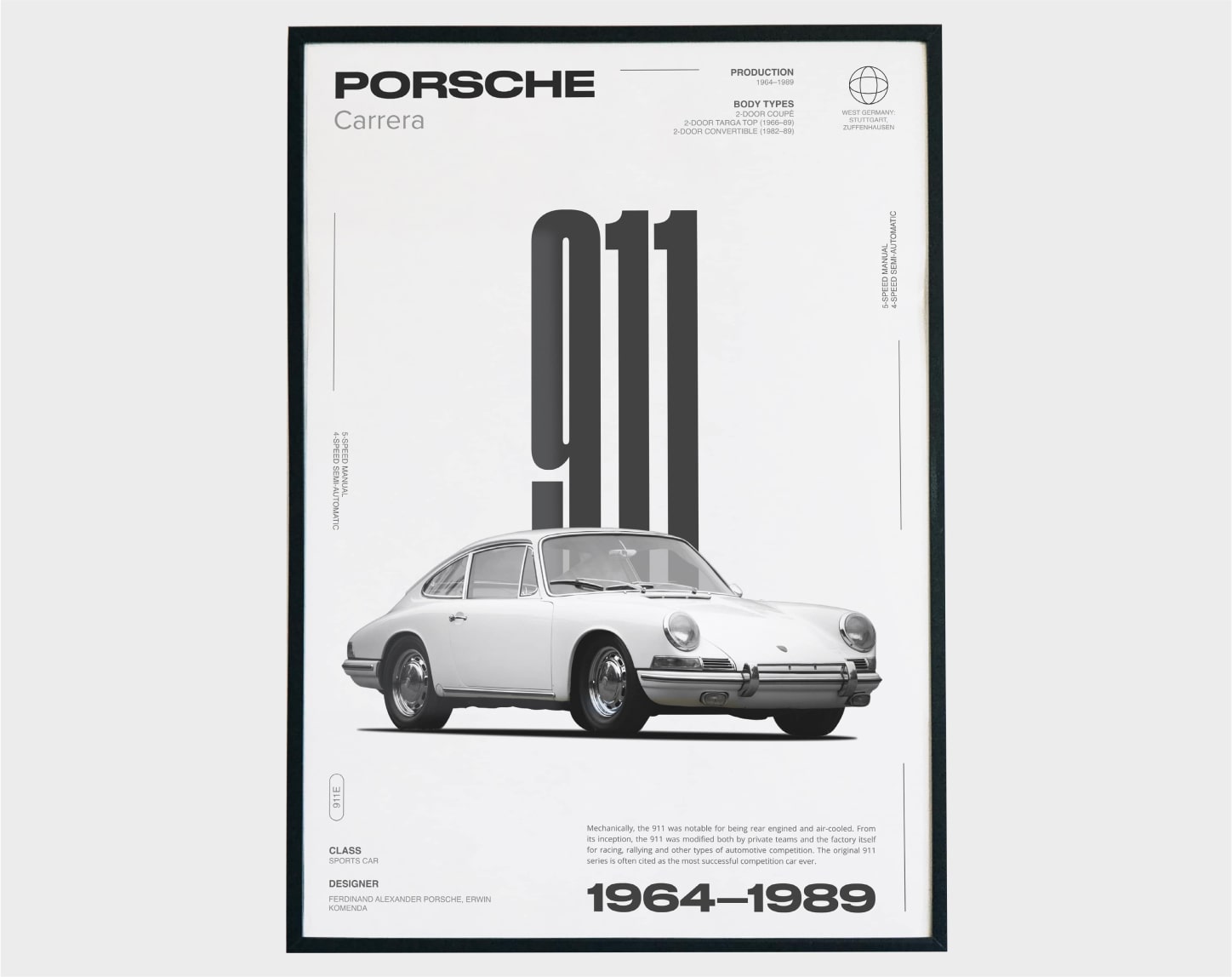 The 911 has been raced extensively by private and factory teams, in a variety of classes. It is among the most successful competition cars.

The Porsche 911 (pronounced Nine Eleven or in German: Neunelfer) is a two-door 2+2 high performance rear-engined sports car introduced in September 1964 by Porsche AG of Stuttgart, Germany. It has a rear-mounted flat-six engine and originally a torsion bar suspension. The car has been continuously enhanced through the years but the basic concept has remained unchanged.The engines were air-cooled until the introduction of the 996 series in 1998.