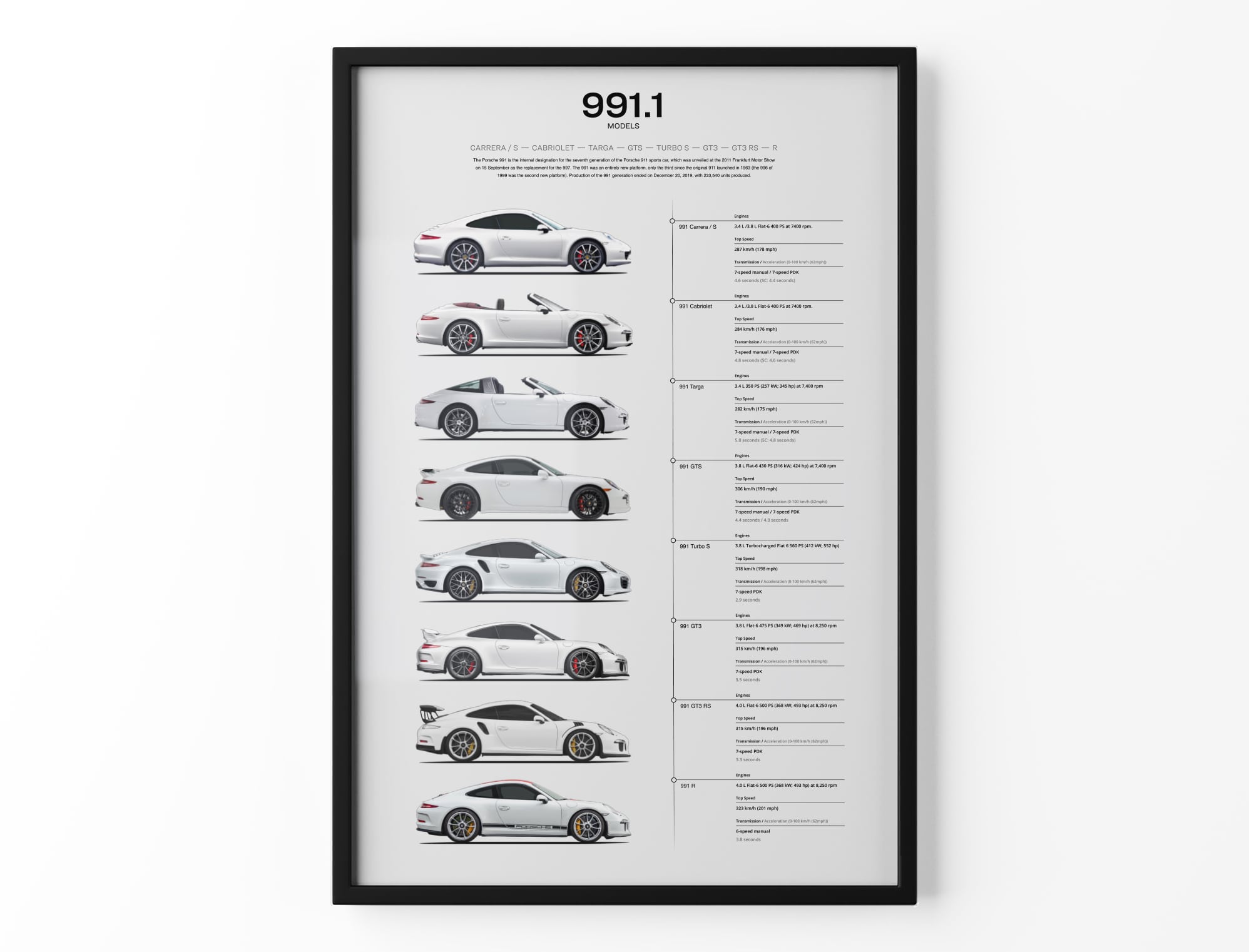 Decorate your walls with this Porsche 991.1 evolution poster that features all the main models throughout its history.