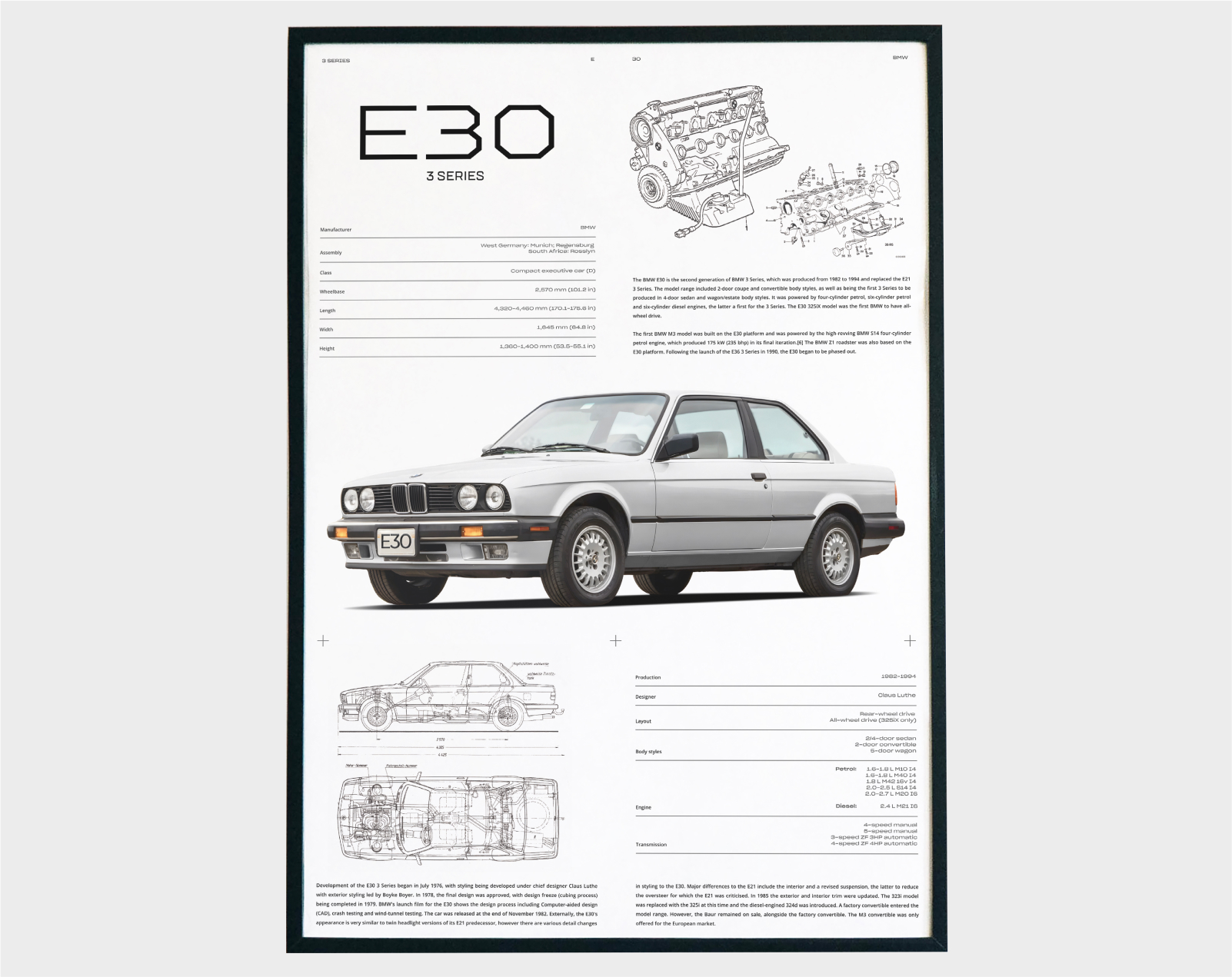 Few BMWs have attracted the same widespread affection from enthusiasts as the E30-generation 3 Series. Built between 1982 and 1994 (depending on the market), this small and square style icon was the entry point to yuppie-dom for thousands—and for many more, it was their gateway to the pleasures of European driving dynamics.

Developed directly from motorsport, the BMW M3 of 1986 was the first of its kind. When the car was presented at the IAA in Frankfurt in 1985, it was a sensation. And with its numerous championship victories in touring car racing, the BMW M3 quickly became one of the most iconic vehicles in the BMW M line-up. It's time to turn the spotlight on the fascinating history of this legendary series, starting where it all began with the BMW M3 E30.