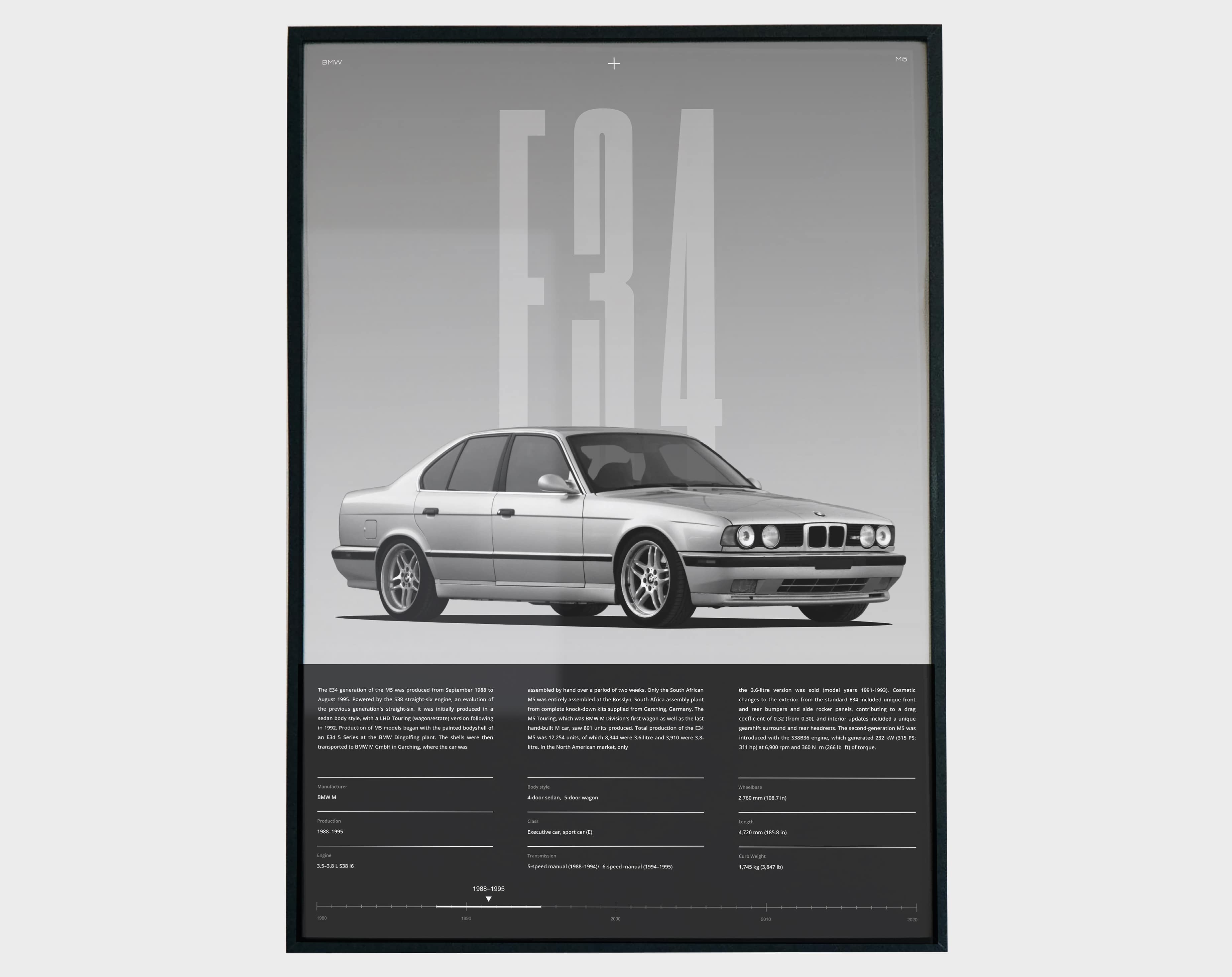 Powered by the S38 straight-six engine, an evolution of the previous generation's straight-six, it was initially produced in a sedan body style, with a LHD Touring (wagon/estate) version following in 1992. Nine different engine families were used over its lifetime, consisting of four-cylinder, six-cylinder and V8 petrol engines, and six-cylinder diesel engines. The E34 M5 is powered by the S38 six-cylinder engine and was produced in sedan and wagon body styles